SERMON TEXT (for video scroll down)

Welcome to Trinity Place in Geneva, NY.
For reference if you care to read them, the texts for
today’s sermon are:
Psalm 80:7-15
and Matthew 21:33-46.
But also two poems are integral to it as well:
“Inheritance” by Revel Schendler
and “Power” by Adrienne Rich.
(The full worship video that includes these readings and
their context in worship can be found on YouTube:
TrinityGenevaNY).

The poems
and Biblical texts
are clumped like grapes
and dripping with themes of inheritance.

I am going to wrestle with an ugly ogre in Matthew
before opening the tenderness of those two poems.

So let’s just skip to the punch line
of Matthew’s parable. He says:
”Now when the owner of the vineyard comes,
what will he do to those tenants?’
They said to him,
‘He will put those wretches to a miserable death, and
lease the vineyard to other tenants who will give him the produce at the harvest time.’”

Matthew’s God
is not requiring a punishment for failure,
rather an execution.
But not a simple execution, no,
it is a “miserable death.”

Why so much vengeance?

Early Christian writers
took the vineyard metaphor from Psalm 80
and found also in Isaiah,
and fashioned it into a weapon
against their Jewish contemporaries.
Remember, this is at least fifty years
AFTER Jesus has been dead and buried
and the fledgling movement is fighting
for the last seat in the lifeboat.

What I mean is that those early Jesus-followers
were competing for a life-saving legal status
under Roman law.
You see, Julius Caesar,
the first Roman Emperor,
had granted Jewish communities very special privileges.

Only Jews among the other conquered peoples,
had the legal right to assemble,
keep property, and both govern and tax themselves.

They were even allowed to enforce their own rules
in order to keep Torah.

Especially coveted,
they were also given exemption from military service
AND emperor worship.
Jews were the only non-Roman religion
to have such rights and privileges.

Making this special status
a virtual life saver
was the fact that no new religion
would be allowed under Roman law.
And all non-Roman religions
other than Judaism, were expressly forbidden
from the city of Rome itself.

So Jews claimed
that the followers of Jesus were not Jews
and had no Jewish inheritance,
while the earliest Jesus-followers were all Jews,
and saw themselves as the inheritors
of God’s covenant with Israel.
Talk about a partisan divide!

Even as the early Christians
became more and more gentile
they argued for legal status in the Roman Empire
as the inheritors of God’s covenant with Israel –
not a new religion but a new Israel.

The parable I read from Matthew
is a very early Christian legal case
against Judaism
and in favor of gaining the rights and privileges
afforded Jews under Roman law.
It was utterly necessary to achieve this status
because like Jews, Christians
could not worship the emperor as a god.
Nor, by the way, would they accept
service in the military.

So this was not some abstract theological claim.
The question of whose covenant it was –
Jews or Jesus-followers –
was a struggle for survival
that came down to life-or-death.

Basically, the case the early Christians were making
with this parable and other such gospel rhetoric,
was that God rejected the Jews for their unfaithfulness,
and because of Jesus
and the faithfulness of his followers,
God was giving the covenant to Christians.
The covenant between God and Israel, they insisted,
was now an exclusive franchise
that only the followers of Jesus owned.

Not only was this Johnny-come-lately argument
rejected by Jews,
it was also rejected by most of the emperors
until Constantine.

So it was often tough going for Christians
in those first three-hundred years,
with much bitterness and enmity
between Jews and Christians.

But even more tragic for the history of both religions,
when Christianity became the religion of the empire
it wreaked vengeance on Jews for centuries.
The Church sullied Jesus
as the Lord of Genocide
over and over and over again.

The parable we read today was,
and continues to be,
misused for the purpose of violence, bigotry,
and hatred.

While we have inherited this parable
and with it the moral stain of persecution
and genocide,
it is the kind of text we need to de-construct
and not continue to bequeath to the future.
The quickest way to do that, is to recognize
how un-Jesus it is.

As we now recognize, Jesus was a peasant
subject to economic and social violence
from Romans and Jewish collaborators with Rome.
He was the product of rural Galilee,
the son and denizen of small villages
from where he would have known
and been associated
with many tenant farmers.

One of the things Romans did
when they came to occupy a territory,
was that the senators and elite of Rome
would begin gobbling up real estate.
First they would provide loans
to poor farmers
and when they couldn’t pay them back,
they would confiscate the land
and make the farmer pay to live on
and work the land.
(Sounds pretty familiar, doesn’t it?)

It was a miserable, powerless,
humiliating existence.

Paying rent for land they once owned,
taxed multiple times for crops and animals
they raised
and needed in order to survive,
the peasant tenant farmers were the very poster child
for bitter resentment toward Rome
and the Jewish cosmopolitan elite.

With that as an historical context,
it seems unlikely to me
that Jesus would fashion an absentee landowner
as the metaphor for a just God,
and tenant farmers as the metaphor
for evil bad guys.
In fact, as it is presented in Matthew
it is more of an allegory than a parable,
which should be another sign
that whatever trace of Jesus was once here,
it is gone now or at least untraceable.

The use and misuse of this parable
for centuries of genocidal practice
by the Church and Christians
is the ironic inheritance
of this story that is about inheritance.

What we need to do as Christians now,
is stop bequeathing un-deconstructed texts
as if we cannot change the meaning and theology
of our religion.

One way to be an anti-racist,
for example, is to stop participating in
and purveying racist ideas and mythology.
One way to stop practicing bad religion
is to stop accepting texts at face value
and subject them to the sieve of history.
It is on us to stop bequeathing bad religion
to the future, and offer a better inheritance.

This is where I want to shift from Matthew
and the inheritance of bad religion,
to the two inheritance poems by
Revan Schendler and Adrienne Rich.

In her poem, “Inheritance”
Revan Schendler writes –
“But in our lips and veins, the weakness
in our feet, we are older than our
explanations, fragmentary references
in a history written centuries later…”

What that reminds me
is that we are
inheritors of woundedness
that we imagine and ascribe
to people and places and history and DNA
that is in fact, sewn within
the bones and bag of skin
we call humanity.

It is a wound that comes with us
through ancient sluice of life
that brings each of us breath
from between the knees of the ones who came before.
We spend a lifetime
resisting and denying
and hiding from this woundedness
when all the time,
it harbors great power for good –
great power for love.

Adrienne Rich’s poem too,
evokes it in the image of Marie Curie
with fingertips the color of clam shells
and splayed from years of radiation –
her wounds
curdled
by the very thing
that was her power.

Our woundedness,
to return to Matthew’s parable
from a different perspective,
is our fear and resistance
to mutuality
and a shared destiny.
That sounds like gobbledy-gook
but it is so real,
so dire,
so primordial
that we bury it like an ancient city
beneath our current one.

Take both the parable as it appears in Matthew
and what it was used for
in its historical context.

The tenant’s lust for control
makes visible their fear of loss
and so they plot and campaign
for a way to own what is not theirs to own.
And in the actual historical context,
Jewish and Christian fears of one another
while surrounded by the noose of Roman sanctions,
led first to the expulsion of Jesus-followers
from the synagogue
and eventually, to a vengeful millennial genocide
by Christians of Jews.

All of it a frantic flight
from mutual dependence
that could have, if embraced,
knit together a powerful bond.

The wound we have inherited
is our utter need and dependence upon others
to live life and to live it more abundantly.

We want that abundance for ourselves –
to own it – and we reject dependency of any kind
as a loss –
a loss of control,
a loss of autonomy,
a loss of mastery,
a loss of selfhood.

The woundedness we inherit
by the nature of our birth –
not from DNA
not from personal or corporate history
not from childhood experience –
this inherited woundedness
is our deep, pervasive,
and core need
and dependence
upon other human beings.

But what have we done? 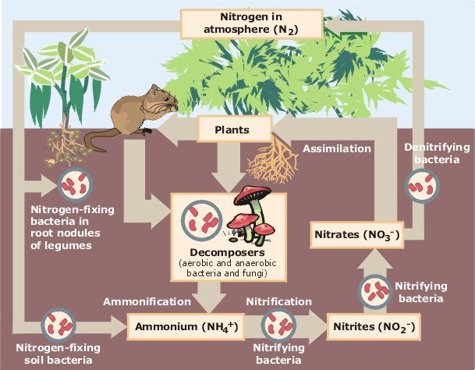 We have attempted to construct societies
that defy this mutual inter-dependence
and that categorize surrender to it
as shame.

We assert psychotic beliefs
called survivalism,
exceptionalism,
and nationalism
that place a blindfold over our eyes
so as not to see
the utter inter-dependency
of our fragile species
that refuses border and boundary.

We use language
and ideas that separate human beings
from Nature –
as if we are not part of and subject to
to Nature.
It has caused us to misuse
and overuse the planet
until water and air and climate
are showing us mercilessly
that we are in fact,
part and subject to her.

The wound we have inherited
is our utter and complete mutual-dependency
upon one another.
Our insistence on “ownership” –
a boat that I own
and that is just mine –
causes us harm and violence.

God, the Earth, or householder of the vineyard
need not punish us with with a special vengeance.
The effect of our resistance,
denial,
and rejection
of our mutual-dependency
is a cause of self-destruction.
And that self-destruction
happens on an individual scale –
when we try to wall ourselves off emotionally
or physically or financially from others –
as much as on a societal or global scale
when we pretend we can thrive
and survive
while others fall prey
to our neglect, belligerence, and violence.

This wound of inter-dependence
is one we inherit
without choice,
without permission,
without option.
When we resist and deny it
bad things happen.
When we enter into it
and embrace it,
we become strangely stronger.
Our inter-dependence is our power.

Thank you for hearing,
and thank you for being part of this community.
Peace be with you.

NOMINATED FOR A PUSHCART PRIZE 2020 Unsolicited Press (Portland, OR) chose "Cairn" among its many fine publications this year, as a nominee for one of the most respected literary awards in the … END_OF_DOCUMENT_TOKEN_TO_BE_REPLACED