“The wound is the place
where light enters you.”

Those are the words a friend texted me out of the blue. The words are from Rumi (and a hundred other Wise Ones speaking in scores of languages across thousands of miles and years).

“Sure wish that light would make those wounds feel better,” I smirked; though smirking is difficult to communicate in a text.

“It does,” came an emphatic answer to my complaint.

“I guess I need to open them a little wider then,” I added glumly as I looked out upon a gray day that began with a dusting of snow almost two weeks after the spring equinox.

I don’t know about you but sometimes I get plain old weary – a weariness of soul even.

Weariness is a universal human inevitability under certain conditions, but it is an anguish only people of privilege can give into and survive. Imagine the exhaustion of those living in a war zone, in Syria for example? Giving into exhaustion in such random and brutal circumstances almost guarantees death. Or imagine living in Tornado Alley with ominous dark clouds on the way? Being too weary to deal with it would be a permanent exit strategy in that situation.

Yet the news pecks away at us, drilling cavity after cavity and filling them with images and chatter of human maleficence, negligence, and just plain evil intent. It isn’t the news media’s fault that we do all this horrible stuff to each other and the environment, but the sources of information are so pervasive and it’s reporting is left running on an endless loop. Ignorance is far less wearisome.

But as I said, only those living in privilege could even think about giving into weariness if we wish to continue to live and hold out the hope of thriving some day. Witness the astounding endurance of an especially petite bird.

The Blackpoll Warbler, a half-once of feathers, is airborne for three days above an ocean hungry for its failure. She pecks a loved-one goodbye in Nova Scotia 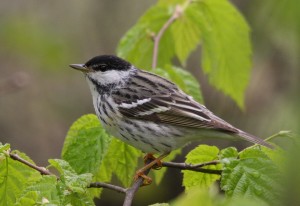 or Cape Cod not to perch again until Venezuela; muscles and flesh no heavier than two twenty-five cent pieces and still she lands with a song in throat.

The news is not good today, any more than it was yesterday. Today my wounds feel less like an opening for light and more like a repository for heaviness. But hearing about the Blackpoll Warbler (on NPR) opened the window and let some of winter’s stale air out so I can breathe a little better.

Just knowing of her miraculous migration buoys me.

So now I suspect there is an antidote to the crush of horrid news. It is to go looking for the rest of the stories, the ones that allow us to inhale wonder and exhale awe. It doesn’t take away the suffering we know is there, or even our sense of impotence about our own part in it. But awareness of the amazing and miraculous offers a counter-balance, an infusion of remedy, to the weariness brought on by the other.

And now as I think about it, the reason my wounds haven’t been letting in much light lately is because I covered them up. Snow or not, spring is here and time to pull the blinds and 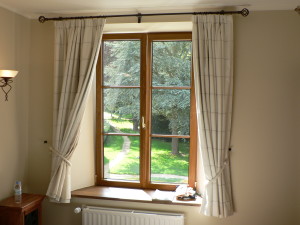 open the windows. I intend to land with a song in my throat too.

NOMINATED FOR A PUSHCART PRIZE 2020 Unsolicited Press (Portland, OR) chose "Cairn" among its many fine publications this year, as a nominee for one of the most respected literary awards in the … END_OF_DOCUMENT_TOKEN_TO_BE_REPLACED