A single word can brighten the face
of one who knows the value of words.
Ripened in silence, a single word
acquires a great energy for work.

War is cut short by a word,
and a word heals the wounds,
and there’s a word that changes
poison into butter and honey.

Let a word mature inside yourself.
Withhold the unripened thought.
Come and understand the kind of word
that reduces money and riches to dust…

Veil. “Veil” is the word ripening in me at the moment and I invite you to ingest a word too.

Sometimes the veil between us is exquisitely shear while at other times it is as coarse as burlap. There are moments when God – the numinous, the h

oly, and the mysterious, whatever you want to call it – is as warm as a hand inside your own. Sometimes God, the creator of all that is, feels as palpable as the heartbeat thumping within. God can come disarmingly close; so close that afterward, looking back, wonder if the experience was real.
But for most of us, almost all the time, the veil is much thicker, much darker; a fixed barrier we take for granted and rarely get to brush up against. To touch or be touched by the holy is a moment to remember and cherish. So rare, so seldom, so exceptional, it is always wrapped in wonderment – and eventually skepticism.
It should not be surprising for God to seem located on the other side of an impenetrable veil because the thick curtain between us human beings is plenty onerous. A close encounter with another human being sometimes feels as rare as one with God.

We might imagine the veil between humans would be shear by now, rubbed splotchy like a teddy bear by our desire for closeness. But the veil between us tangles us up and entraps us in a mess before we are even aware it is there.

Allow me to adorn this word “veil” with an image that has come to me while allowing it to ripen. Allow me to slip this image into the pocket of your heart for a ripening time with you.

M. Scott Peck described falling in love as the collapse of boundaries, and the momentary dissolution of the veil. Suddenly, and for a moment, we lose ourselves in one another and are infused with the sensation of two becoming one. Yet, he said, the actual work of loving only begins when our boundaries snap back into place like a rubber band, and we differentiate ourselves from the other.

In other words, and paradoxically, falling in love feels like the removal of the veil but in fact, it is only after the falling and we have “landed” that we have a chance to breach the separation. When the two of us, in full consciousness of who is who, willingly make ourselves vulnerable to each other, then the veil can thin.

It turns out that the veil between human beings is as tricky and mystifying as the one between God and us. Both are ultimately impenetrable, yet each is adjustable. Taking time to wonder about and mull over that 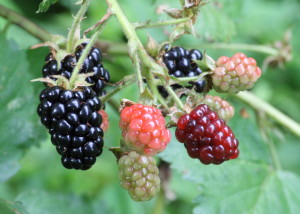 veil has been delicious. Allowing the word to ripen inside has born fruit.

In fact Yunus offers us a fantastic, pithy spiritual practice: Place a single word inside and leave it to ripen in silence.

“Veil” was the word I chose most recently but there are so many single words to pluck and place inside. Give it a try.

NOMINATED FOR A PUSHCART PRIZE 2020 Unsolicited Press (Portland, OR) chose "Cairn" among its many fine publications this year, as a nominee for one of the most respected literary awards in the … END_OF_DOCUMENT_TOKEN_TO_BE_REPLACED