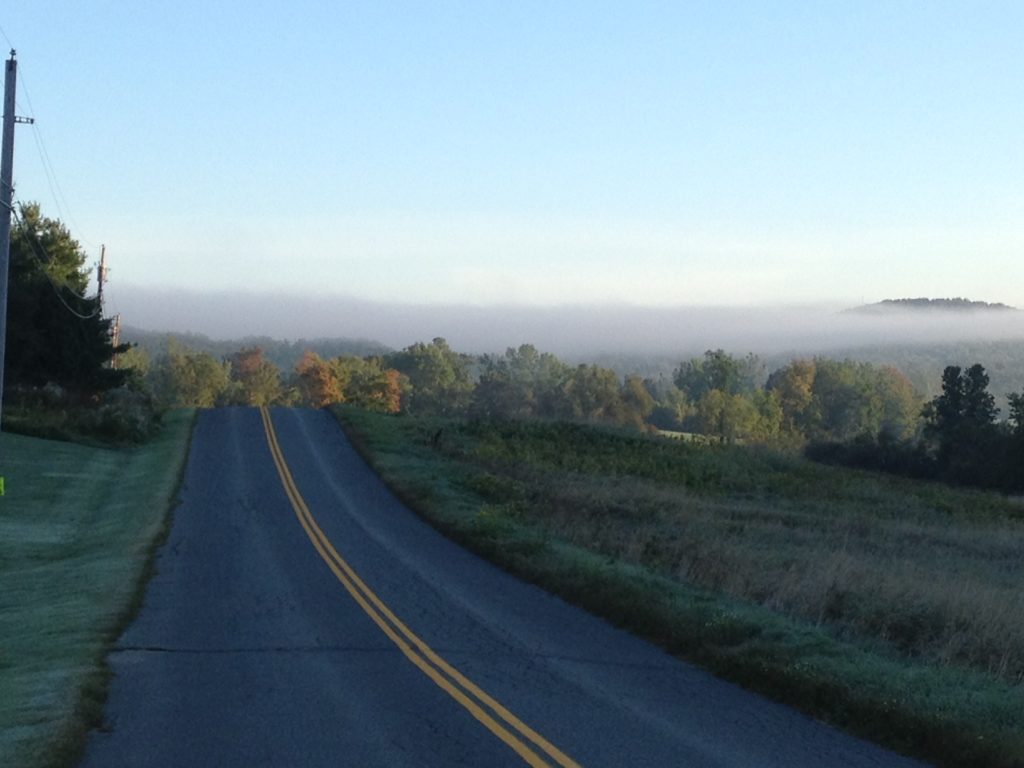 This posting appeared first as a regular weekly feature of The Finger Lakes Times: http://www.fltimes.com/opinion/denim-spirit-out-in-the-middle-of-nowhere/article_a90daad0-0efe-11e7-b144-8b90014d1d81.html

It was not something I really wanted to do.

You need to realize I went from life in Buffalo at 120 miles an hour down to 20 in rural northern Vermont — in the space of two weeks.

I reached for the golden ring and changed my life to become a writer, while only part-time as a minister. The only way I could make that work was to be fastidious about the schedule: write every day from 8 a.m. to noon, screen my calls, and only respond if there was an emergency. It worked, and somehow in the process I went from an extrovert workaholic with a large urban congregation and numerous community involvements, to becoming an introvert who loved being alone to write. In fact, I got grumpy when events pulled me prematurely out of my cocoon.

They were desperate is the only reason I did it. “All right, for crying out loud!” I heard myself grimace and curse to myself.

I got lost at first. I found the first small, two-room house about 15 miles out of town, perched on the crest of a bluff overlooking miles and miles of hayfields, dairies, and forests. Inside was a 90-something-year-old woman so skinny and frail a tick would have dropped off in frustration. But sweet! She couldn’t have been nicer, telling me about her blessings as she struggled with gnarled arthritic fingers to dig out three single dollar bills.

The next place was not so pleasant. Down several overgrown gravel roads I came to a worn out trailer I thought was the place, but no one was living in it. Next door, about a hundred yards away, another trailer in worse shape than the first was the correct address. Dogs snarled from inside broken windows, and dangling tree limbs hung menacingly close to the roof. I gingerly stepped around piles of animal excrement on my way to the caved-in steps up to the door. A pale, severely thin man in raggedy clothes came out and closed the door behind him. He thanked me and went back inside.

The last of my dozen stops was at the edge of the end of the world. Quebec was a stone’s throw from the gravel road I was on, driving up and down and around brutal curves stirring up clouds of dust. Finally, from an intersection of two roads with nothing but a rusted barbed wire fence to see, I traced the outline of a building up the hill.

It was a hay bale house — adobe plastered over hay bales as insulation. It was actually an improvement over the trailer. I got out of my car, found the door, and rang the bell. That immediately provoked pip-squeak barking from inside, but I still heard a raspy human voice say, “Come in.”

A woman, lying in a hospital bed with an oxygen mask on, watched television in the one-room home. Her Chihuahua barked ceaselessly while running in circles at my feet. How in the world does this lady survive way out here on her own? Whose mom or grandmother is she? These and other thoughts shot through my brain.

All I can tell you is that Mick Mulvaney, Trump’s budget director, has no idea what he is talking about when he says that Meals on Wheels “doesn’t work.”

Every Wednesday I delivered five single meals to each of the people on my route, and they were in desperate need of them. Meals on Wheels delivers one million meals a day, via a network of 5,000 local (mostly) volunteers, to 2.4 million older people. Half a million of them are veterans.

What does not work are lies, heartless priorities, merciless greed and self-interest, and the attempt to dismantle an already frail social safety net.

I wish I could take self-satisfied, willfully ignorant ideologues, like Mulvaney, by the scruff of the neck and sit them down to converse with people I met on my route.

NOMINATED FOR A PUSHCART PRIZE 2020 Unsolicited Press (Portland, OR) chose "Cairn" among its many fine publications this year, as a nominee for one of the most respected literary awards in the … END_OF_DOCUMENT_TOKEN_TO_BE_REPLACED