This post originally appeared in my weekly column, Denim Spirit, for The Finger Lakes Times (NY). 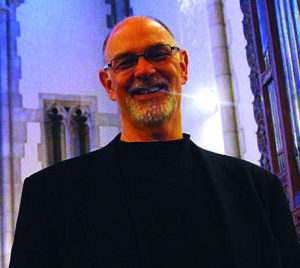 He was a municipal bus driver, which in San Salvador, El Salvador, is an owner-operated free-for-all rather than a government paid job. On the side, he also drove delegations of Northerners from site to site, mostly academics and church-types tracing the bloody history and martyrs of his country’s civil war. That is how I came to know this family man with an easy smile and gracious manner.

The other thing about bus drivers in San Salvador is that they have to deal with gangs who control large swaths of the intense and densely populated city. If a bus route passes through more than one gang’s territory there are multiple people to pay, and manifold opportunities to offend the wrong person. It is also illegal to pay off the gangs, so if you do, then you have to also steer clear of the police finding out. Ultimately he went to prison, a complete victim of the warring powers swirling around him. Any horror we might imagine about prison in The United States pales in comparison to the dark abandon of captivity in El Salvador.

I am purposely not using his name because it is in fact a small world, and I have discovered more than once how something that happens here can ripple there.

This is just one story – one with a face known to me – among millions, perhaps billions of stories, of violence or deprivation that lead people to immigrate. Why should we care, other than in a kind of safe, global, compassion that has its home in our thoughts rather than gurgling in the warm, moist beating of our hearts?

“Give me your tired, your poor,
Your huddled masses yearning to breathe free,
The wretched refuse of your teeming shore.
Send these, the homeless, tempest-tossed, to me:
I lift my lamp beside the golden door.”

This is posted on our front door (at least when we’re facing Europe). It is our welcome sign, an exuberant hail to the world. We used to be proud of it, because it made us different. We were different not only because we welcomed the many different faces and cultures of the world to our shore, but also, because we did welcome them, we became different.

Or how about this, for those who are rooted in the Judeo-Christian-Islamic tradition:

“And you are to love those who are foreigners, for you yourselves were foreigners in Egypt.”

That comes from Moses. He is reminding his compatriots – ex-slaves themselves – as they are perched on the edge of the Promise Land, not to forget who they were and how they got to their new prosperity. If they did forget, he warned, they would lose it all over again.

That is pretty good advice for an American society made up of descendant’s of immigrants.

It doesn’t stop there though, because the Western religious tradition is a never ending cornucopia of directions for those who have a home, about those who must flee their home:

Jesus and parents are forced to escape their homeland because King Herod wants to kill the child. (Matthew 2:13-15)

The mark of the true Christian: “…Extend hospitality to strangers…” (Romans 12:13)

Okay, so you are utterly secular and you don’t give are twig about what either our civil religion proclaims (as codified on the Statue of Liberty and dollar bill) or our spiritual religious traditions urge. No problem.

Here then, is a simple and concrete truth that applies to you no matter what value system inhabits your life: When we forget where we came from, and who has contributed to making us who we are, then we are destined for self-destruction.

It is a simple cause and effect relationships. When we forget who we are, and who has contributed to forming us, then we do things that undermine even our own self-interest.

So regardless of what immigration policies emerge from the backwash in D.C., citizens can rise up and offer sanctuary to those who have made it here, or may have been living here for decades and now must seek safe harbor. There are a variety of ways we can help, so some of us are forming a Finger Lakes network of sanctuary.

Let me know if you wish to join Lady Liberty and the rest of us in keeping faith with those who have formed us, and who have given us what we so deeply cherish.

NOMINATED FOR A PUSHCART PRIZE 2020 Unsolicited Press (Portland, OR) chose "Cairn" among its many fine publications this year, as a nominee for one of the most respected literary awards in the … END_OF_DOCUMENT_TOKEN_TO_BE_REPLACED