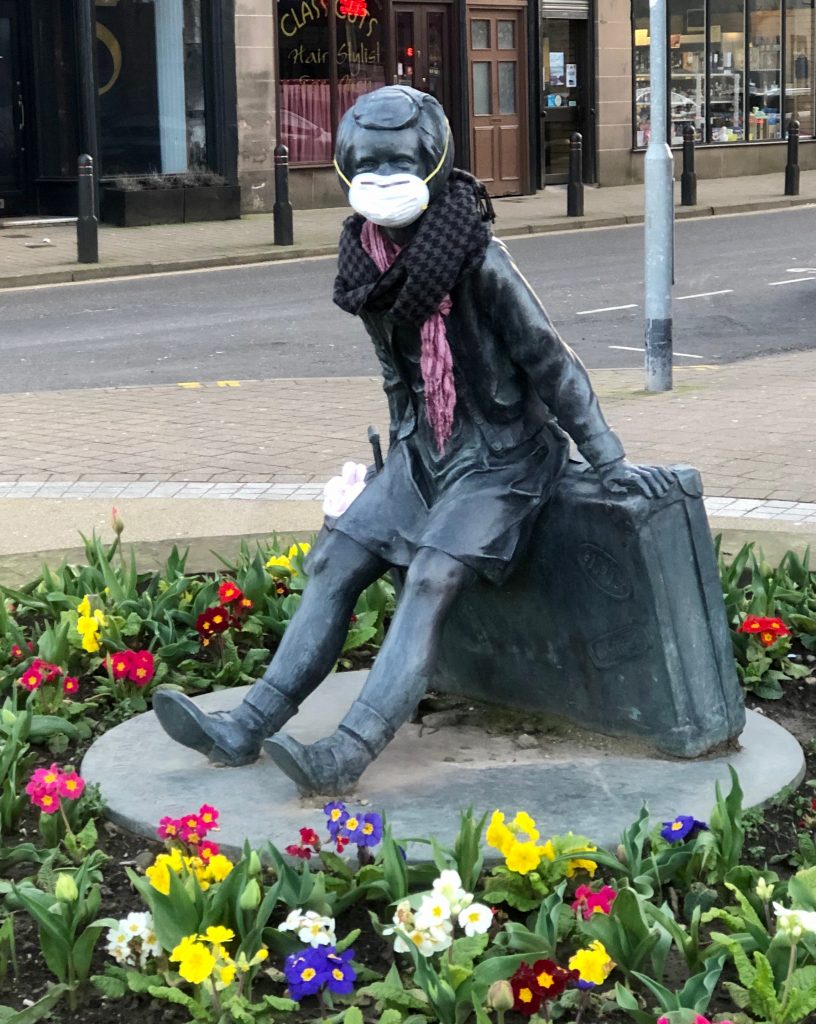 Honestly, it is difficult to move beyond scalding words this week, or morose millstones nobody but nobody needs to hear. It is bad out there in the nation, especially in those many states New York has quarantined from itself.

Monday the New York Times posted a heart-breaking video by Brendan Miller (no relation) and Adam Westbrook, in which people around the world are recorded spontaneously reacting to information about what has been happening in the United States during the pandemic. Their astonished then saddened faces and startled words stand by themselves without commentary. Seen through the eyes of young people who expected so much more from us makes what we know about ourselves more crushing.

It did not have to be this way. New York demonstrated it by reversing our initial denial and neglect. Personal grief in the midst of all this makes the quest for hope an uphill slog.

Like many people, I have drawn hope from the large crowds in the streets demanding racial and economic justice. But Trump’s narcissistic manipulation and betrayal of citizen rights, and the clear eagerness to join in the stomping by many of the federal forces involved, yellowed and deflated the bloom on that tender hope.

Violence from a few demonstrators becomes a smokey mirage Trump uses to justify violent suppression. One dire limitation of the current social movement is the absence of a disciplined methodology such as ones employed by Dr. King and SCLC, and of course, Gandhi before them. State power of a magnitude held by the professional forces of the United States will not be defeated by street violence or any kind of popular uprising. Only non-violence coupled with a muscular economic weapon that causes personal pain to the power brokers, will prevail.

So hope, where is it? It is not in the short term. The consequences of this pandemic with the willful choice of those in charge not to lead or federalize the response, in conjunction with the newly vigorous push for racial justice and the reactionary push-back we see coming, will get worse before it gets better. The hope is in what comes next, in what we will do in the aftermath.

In less than one hundred days we can cleanse ourselves of the sin of 2016 but not without a truth and reconciliation process. We will need to hear from victims and perpetrators alike, from those of us with all kinds of privilege as well as those who lost what little they started with. As in South Africa, we will need a public airing of what officials did and neglected during the pandemic, and who was complicit in it. Some will stand trial.

Simultaneously we will need to begin the long process of reconciliation for a national history of social and economic violence against African Americans, Native Americans, and all people of color. Names must be spoken, incidents with dates and times must be openly cataloged, and a broad, public, and honest reckoning of unspoken and often denied white privilege must be shared.

Looking at what offers hope is no walk in the park either, but it is the kind of heart and mind labor that builds hope. It is what authentic hope looks like through the plumes of smoke and haze of grief.

NOMINATED FOR A PUSHCART PRIZE 2020 Unsolicited Press (Portland, OR) chose "Cairn" among its many fine publications this year, as a nominee for one of the most respected literary awards in the … END_OF_DOCUMENT_TOKEN_TO_BE_REPLACED